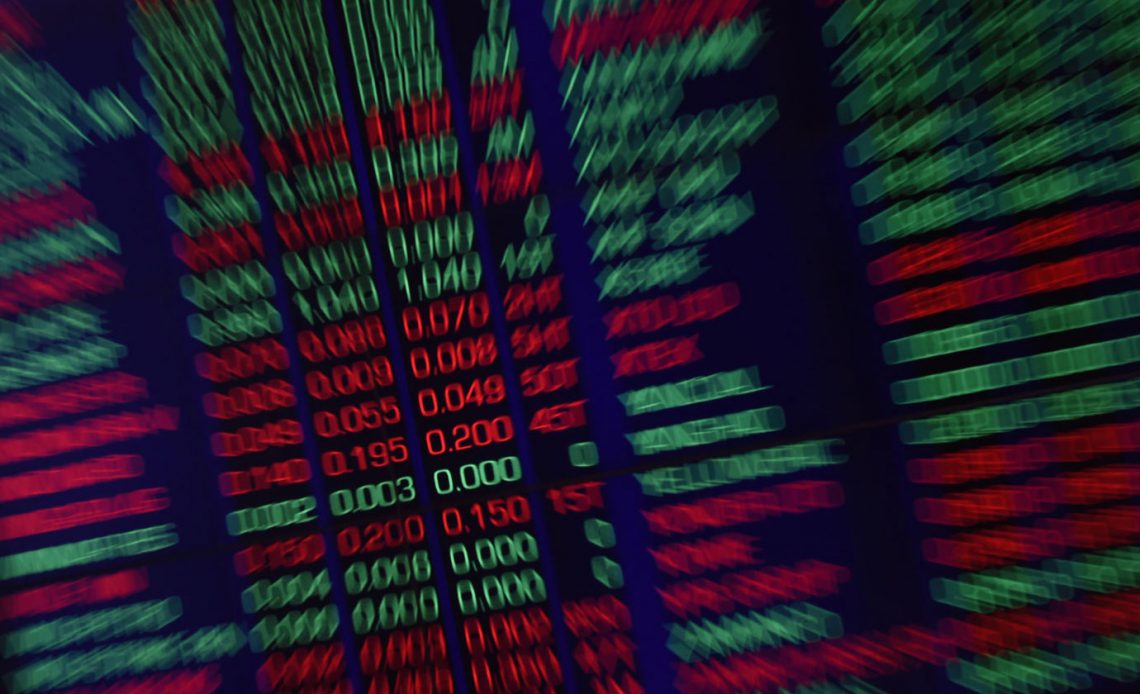 At Joe’s Travel Plaza, a neon-lit rest stop on California’s main interstate highway, truckers can get a brief respite from life on the road. There’s a TV lounge, a laundry room and a free shower if you buy at least 75 gallons of fuel. There’s even a pair of massage chairs in the corner.

But drivers here are worried about the future. The supply chain crisis roiling the US has inevitably drawn them in, with a shortage of drivers being blamed for containers idling in ports and packages being delayed for months.

The trucking industry’s main trade body has said America is short about 80,000 drivers, a figure that’s made headlines around the country.

Truckers say the problem isn’t a shortage of qualified drivers; there’s plenty of people who have been through the training programs and hold a commercial driver’s license. The rot, they say, is far more systemic: low pay, long hours and an industry that treats drivers like “cannon fodder”, churning out new recruits who inevitably quit because the job is so grueling.

“There is no driver shortage; there’s a retention problem,” said Mike Doncaster, a 30-year veteran and driver trainer who parked his big rig at Joe’s Travel Plaza for the night, before heading up to Canada with another load of vegetables.

He said of the five drivers he’s trained in recent years, only one stuck with the industry. “It’s not a job; it’s a lifestyle – and new recruits don’t receive enough pay for the lifestyle.”

This month, the American Trucking Association said the nation will need to recruit nearly 1 million more drivers in the next decade to keep up with demands.

The industry has been cycling through literally millions of people, who decide to become truck drivers and then get burned

Bob Costello, the chief economist for the American Trucking Association, said in a statement that the reasons behind the latest shortage are myriad – an increasing demand for freight, pandemic-related challenges, early retirements and driving school and DMV closures, to name a few. “There has been tremendous pressure on the driver pool,” as a result, he said.

But labor economists, trucking experts and the drivers themselves described an industry where deregulation and constant pressure to deliver goods at ever-cheaper prices has resulted in working conditions so poor and pay rates so low that they amounted to “indentured servitude”. As a result, companies that trained and recruited new drivers often had turnover rates as high as 100% in a year, they said.

Rise of the ‘owner-operator’ scheme

Trucking used to be a high-paying, blue-collar job, but since the industry was deregulated in 1980, pay rates have dropped dramatically, said economics professor Michael Belzer, who authored the book Sweatshops on Wheels: Winners and Losers in Trucking Deregulation.

One of the biggest problems is that most drivers get paid by the mile, often meaning that while they’re waiting to load their trucks, stuck in traffic jams, or on mandatory rest breaks, they aren’t making money, said Belzer.

“Drivers earn a piece-rate wage that may look attractive but, when they realize the big promises aren’t real, they exit,” said Belzer, who drove a truck in the 1980s, but is now a professor at Wayne State University in Michigan. “If you can work construction and get paid $20 an hour and be home every night, why would you drive a truck and get paid $10 an hour to not be home for weeks?”

In an industry so closely linked to economic ups and downs, there’s also a lot of volatility, said Todd Spencer, the president of the owner-operator Independent Drivers Association, which represents independent truckers. At various times in the last decade, including after the coronavirus first hit, there were too many drivers on the market, he said, but the pandemic sent people on a “buying binge”.

“At Lowe’s and Home Depot, suddenly everything they had was very valuable, because everyone was remodeling their homes,” he said “We’re talking about an increase in import goods of 30 – maybe 50%. It’s buried our supply chain.”

That prompted a huge recruitment effort to find new truckers. But as soon as the kinks in the supply chain work themselves out, Spencer believes the demand for truckers will drop.

There are still some decent paying truck driving jobs with private carriers, but a lot of the cheapest ones are done by companies that are constantly recruiting to train new drivers, said Steve Viscelli, a sociology professor at the University of Pennsylvania, who authored The Big Rig: Trucking and the Decline of the American Dream.

Viscelli said the training programs offer to train recruits at no cost as long as they drive for the company for a year. Otherwise, the new drivers are told they will have to pay back training fees to the tune of about $8,000, which keeps them bound to the company, even if the pay is low for long hours on the road.

“What the industry wants is super cheap, flexible labor and that’s what it’s had for years,” said Viscelli, who described the situation for trainees as “debt peonage”. “They’ve been cycling through literally millions of people, who decide to become truck drivers and then get burned by the industry.”

Trucks entering Port of Houston facility in La Porte, Texas. A shortage of drivers has been blamed for exacerbating the supply chain slowdown. Photograph: Tannen Maury/EPA

Some new hires end up with an even worse deal when they are roped into dubious “owner-operator” schemes in which they are enticed to lease trucks from their companies, Viscelli said. Such schemes have come under scrutiny at companies like Uber, with drivers saying they wind up earning far less than initially promised.

A major class-action lawsuit, representing as many as 40,000 drivers, has recently cast light on such arrangements. Drivers sued the trucking company New Prime Trucking, alleging it used driver trainees as employees, failed to pay them minimum wage and that many lost money after being encouraged to start their own owner-operator businesses.

The lead plaintiff, Massachusetts driver Dominic Oliveira, said he was lured into signing the papers to lease a truck – and then wound up seeing his pay statements go hundreds of dollars into the negative because of fees the company deducted, according to his class-action lawsuit.

The case went all the way to the supreme court and resulted in a settlement this July, with the company paying drivers $28m.

New Prime Trucking did not respond to a Guardian request for comment but has previously said the company stands by its independent contractor model, but felt “moving past this litigation was the right thing to do”.

The attractive bonus offers and recruitment bonuses advertised by trucking companies for new hires also rarely pan out to be as lucrative as they sound, said Norita Taylor of the the Owner-Operator Independent Drivers Association.

One such offer, that made rounds on social media, promised to pay truckers as much as $14,000 every week – or $728,000 a year because of the trucker shortage.

Drivers earn a piece-rate wage that may look attractive but, when they realize the big promises aren’t real, they exit

But when NPR’s Planet Money ran down the real story, a spokesperson for the company explained that drivers would first have to own their own truck, move to Texas and get the proper certificates to haul “frac sand” used by the fracking industry. Then the company acknowledged it didn’t actually pay by the week, but by the load.

“When we hear about these bonuses and recruitment fees, we don’t know of anyone who actually ever gets them,” said Taylor.

One of the most deadly jobs in the nation

At Joe’s Travel Plaza, truckers say one of their biggest worries is safety on the road.

Driver Raul Herrera sits in the corner of the trucker’s lounge eating a cup of noodles, reading on his cellphone about an accident in which an inexperienced trucker lost control of his semi-trailer and killed four people. The driver was found guilty of vehicular homicide last month.

Herrera worries about a federal plan that will allow 18-year-olds to drive trucks as “apprentices”, while the current law requires truckers to be 21. The provision to put teenaged truckers on the road was tucked into the recently signed federal infrastructure bill and seen as a major victory for trucking industry recruitment efforts. But truckers, who already work one of the most deadly jobs in the nation, were horrified.

“You don’t want to put new guys on the road, even if there’s a trucker shortage,” said Herrera. “It’s not safe.”

For veteran trucker Doncaster, a lot of the problems would be smoothed out if truckers could be paid for all their time on the road with fair and uniform pay rates. This, he said, might stop the “race to the bottom” that drives shipping prices ever cheaper, often at the expense of truckers.

But, he said, if companies don’t stop treating newer drivers like they are disposable, things won’t change.

“It doesn’t matter to them if they can only keep a driver in a truck for a year,” he said of companies’ current outlook. “They’re making money.”